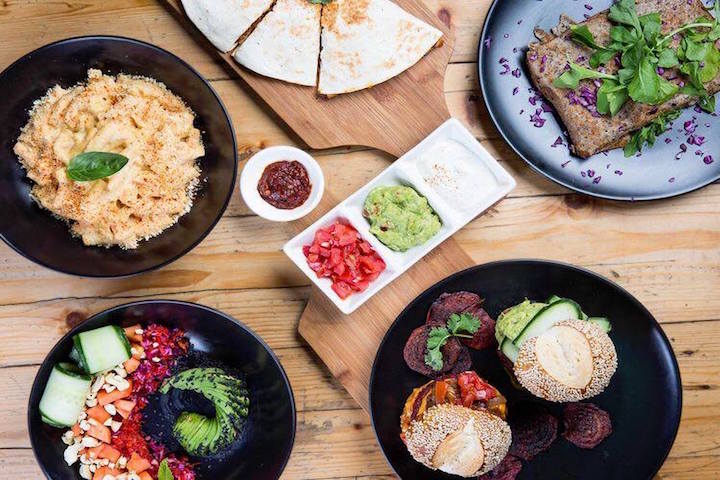 Cape Town is on top of its game as far as plant-based eating is concerned. Restaurants are very accommodating of vegan and vegetarian preferences alike, and the opulence of fresh fruit and vegetable servings makes it easy to stick to a plant-based diet. The following Best Vegetarian Restaurants in Cape Town recommendations are four exquisite vegetarian and/or vegan-based restaurants in the City.

Living up to its mantra of ‘Be Kind’, the Kind Kitchen is 100% vegan in its meal offerings and processes. Comfortably nestled in the heart of Woodstock, this restaurant functions as a deli and café with an extensive menu ranging from salads to wraps to smoothies. Menu items are named creatively, and the restaurant prides itself in its selection of vegan comfort food items. The Kind Kitchen is also the home of the Beyond Burger, which is a brand of plant-based patties even juicier than a regular patty. The restaurant recently launched a branch in Constantia, and reservations for both restaurants can be made online. The Kind Kitchen is open from Tuesday to Friday from 8am – 3pm, and again at 5pm until 8pm, and on Saturdays from 10am to 3pm.

This restaurant is unique in that a lot of its ingredients are home-grown, and the owner has a humble and personal life story accounting for his vegan journey. Renowned for its vegan burgers, Sunshine does a modern take on the traditional hamburger using falafel patties, and the veggie-ritto, a novelty reincarnation of a meatless burrito. Customers compare the restaurant atmosphere to a farmer’s market in the Caribbean, where ingredients are fresh and the source is known. Creating the most elaborate vegan burgers fit for a king, and from scratch, the secret ingredient is freshly sprouted vegetables served on a variety of locally baked breads, including charcoal activated buns.

The iconic activated charcoal burger made with freshly sprouted greens.

Plant is definitely one of the Best Vegetarian Restaurants in Cape Town and is affectionately known for its gourmet vegan meal selection. For something a little different from regular finger foods, this restaurant is a go-to for a hearty and wholesome vegan home-cooked meal, making it a vegan paradise. Their spin on tagliatelle carbonara and the dirty mac & cheese is pure bliss. Another great reason to support this restaurant is because the café donates a portion of its profits to charities, including animal charities. The restaurant also undertakes to educate locals on plant-based eating. Drink offers include Kombucha, fresh juices, and craft beers, and vegan desserts such as a sweet and creamy Superfood cheesecake is also available. Plant recently moved from the Bo-Kaap to the CBD, and operates from Tuesday to Saturday, and from 8 until late.

A variety of hearty vegan meals available on the menu.

The inspiration behind this restaurant is using nutrient-rich and natural ingredients as a health cure. Danish-born owner, Beatrice, attests to the power of vegan food as a miracle cure of all sorts of ailments. You are what you eat, after all. Meals use superfood ingredients including spirulina, chaga and coconut oil. The selection of vegan tapas comes highly recommended for a taste of a little bit of everything. The emphasis is on raw vegan food, so there are plenty smoothie and juice options to go around. Raw & Roxy also offers cooking classes, and the owner makes it her duty to disseminate information on how to alkalise one’s body to fight disease. Promising more than just a lunch-time meal, pay a visit to this restaurant in Woodstock for a pearl of true wisdom.

Danish-born owner, Beatrice, stands behind the counter of her restaurant.

Affordable and bursting with flavour, Cape Town’s vegetarian and vegan restaurants do not disappoint in the least bit. Restaurant owners are constantly working towards pioneering novelty meals, especially in the realm of veganism. Cutting across culture, there is certainly something green for everyone. 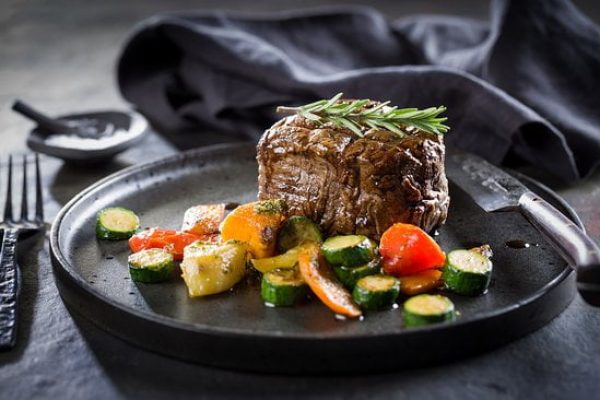 The Mother City is known for her sandy beaches, friendly people, and fine food. South Africans love their meat, and nothing comes close to the taste of a classic steakhouse meal. Cape Town has the best Best Steak Restaurants. Whether straight off the braai, or as a restaurant meal, 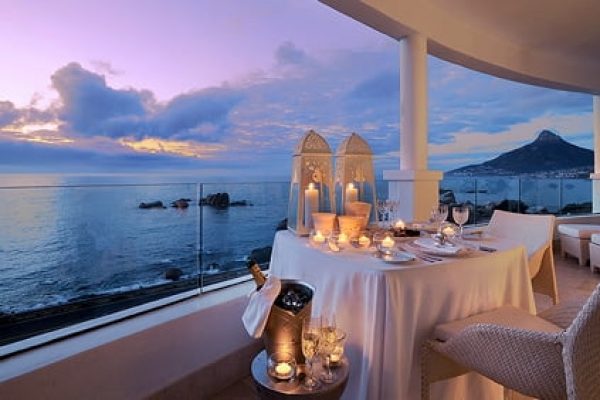 The Mother City is a gastronomical paradise for food lovers, specifically when it comes to oceanside delicacies. You will find plenty best seafood restaurants throughout Cape Town, and all share in the benefit of guaranteeing its customers freshly caught seafood on a daily basis. Whether an easy fish and

Share a taste of the extraordinary – classic Ethiopian food in Cape Town Addis in Cape provides you with a unique dining experience in the beautiful central part of Cape Town. From the traditional furnishings and the classic Ethiopian coffee ceremony to the serving of food itself, they offer

Stay up to date